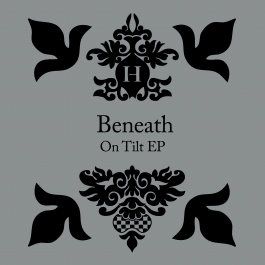 HEMLOCK RECORDINGS ANNOUNCE DOUBLE-EP FROM BENEATH

Beneath has a six-track record coming out on Hemlock Recordings.

On Tilt is Beneath's third 2x12-inch to date, and his debut for Untold's label Hemlock.

It arrives on vinyl and digital formats this May 14th and marks Beneath's first release since 2018.

Between 2008 and 2017, Hemlock released music from artists including James Blake, Pangaea, LV, Ramadanman (AKA Pearson Sound), as well as founder Untold.

Beneath runs the labels No Symbols and Mistry and has been a unique and influential voice in UK dance music since the early 2010s.